Should Yoga be practiced to music?

Should Yoga be practiced to music? 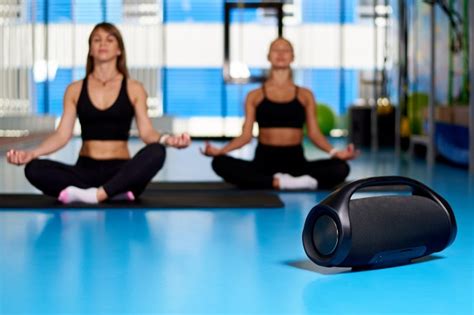 I’ve grappled with this question many times. Should Yoga be practiced to music? Does it in some way detract from the sacredness of the practice or reduce the meditative aspect? Or, by practicing yoga to music are we simply downgrading a multi-layered practice to an exercise class that relies on music as a motivator?

During my first 10 years or so of teaching yoga, I rarely if ever used music as an accompaniment to yoga asana (a postures practice). I wanted to teach the ‘real’ yoga, a pure style and to get students to experience ever deepening layers of awareness. This depth I believed could only be developed in silence. I’ve mellowed a lot since then and have developed a more open minded view. The path of yoga seems to inspire that kind of ‘letting go’. I hope as I continue with my yoga practice that many more of my fixed ideas fall away.  I’m keen to become less of a fundamentalist! Sometimes what feels right at one time doesn’t feel right at another and it’s not necessarily a failure to change one’s mind as circumstances change.

Before I answer the question as to whether yoga should be practiced to music,  I want to acknowledge the fundamental flaw in my question itself – the word “should”. It’s good to let go of subjective views of absolute right or wrong sometimes, so what follows is my view at this particular time.

It comes down to choice of music and intent.

If I decide to use music it’s important to pick the ‘right’ music. Some music can be downright distracting and externalising. Don’t pick that style! I avoid music with lyrics, with the exception of some non complex mantra based music. Some good sanskrit vibes can be a great asset to a yoga class. I also tend to avoid anything that is too ‘boppy’. The music should have an internalising effect and not dominate the mood of the class. Rather the music should be subtle enough for the practitioner to harmonise their practice with. It shouldn’t be so loud or distracting that the subtle effects at the physical, mental and emotional level cannot be deeply felt. Sometimes starting with music and then turning the music off toward the end of the class can be a way of strategically moving people from the gross level of awareness to a more subtle one.

If music makes people feel more comfortable in a class situation then it’s a good tool to get them to go deeper into their internal experience. This journey is blocked when the feeling of self consciousness is dominant.

It also may provide a point of focus for those who have a very busy mind. Granted the object of yoga is to become present with whatever is happening in the mind, but in all honesty for some people at the start of their yoga journey or for those with worrisome or negative mental patterns, befriending the mind might not be the best motivator for their yoga journey. They may need a gentler entry point but a pathway that still leads them to the goal of becoming a witness to the mind’s activity. To paraphrase Voltaire, let’s not sacrifice the good for the perfect.

Allowing peaceful and relaxed music to help guide the mood of a yoga class is also a way of moving toward the state “union” which is an underpinning principle of yoga. Through the agency of music, we tune our body and mind to that peaceful mood the music reflects. The anchor of the music can improve the collective consciousness in the room. Everyone is hearing and tuning to the same music and as any one individual experiences deeper peace, they affect the others in the room in a positive way. We’re not separate from each other after all! We influence those around us at both a conscious and unconscious level, whether we know it or not.

Depending on the yoga experience of the group and the theme of the class, sometimes it will remain the best option to practice yoga in silence. I still believe there are many benefits to practicing yoga with music, and basically if music makes a yoga practice more enjoyable, then we are more likely to keep up with the practice. And yoga is absolutely about playing the long game. The true benefits of yoga can only be felt over time so let’s use whatever tools we can to stay inspired with our practice.

I created The Yoga Shed in 2005 to help share the peace, health and wellbeing that yoga, sound and meditation have given me.

Our studio is luxurious and is located in a country setting with mountain views; every effort has been made to create the right atmosphere for you.

We provide more than a yoga class, we provide a yoga experience!